So what does this say about sexuality? It’s likely more fluid for both genders than we previously thought. Freud had a lot of crazy ideas, but maybe this wasn’t one of them. Perhaps we really all are bisexual to some degree. It was posited by Alfred Kinsey that all our sexualities exist on a scale. On one side is straight. On the other is gay. And in the middle is bisexual. But how can you know just how close to the middle you are?

Here are some questions to ask yourself:

1. What’s my attraction like?
It’s pretty normal to think that someone is attractive. Men and women alike can agree that George Clooney is hot, but not everyone feels sexual attraction to him. Try to think back to times you found a member of the same sex attractive. Did you like how they dressed? Did you think she did her makeup well? Or did you feel something stronger than that, like a stir of desire?

2. Is it only physical?
Attraction, at least attraction that can lead to something more, has to go beyond the physical. Have you developed friendships or some sort of relationship with someone of the same sex that made you imagine more? Emotional attraction is something that is needed in any romantic relationship. If you find yourself emotionally attracted to someone of the same sex, it’s possible that you might be bisexual, or at least more fluid in your sexuality than you thought.

3. How long did that attraction last?
Sometimes we get fleeting feelings for people. Like the stranger you meet on the train. Our minds go in daydream mode and we imagine whirlwind romances, or perhaps naughtier things. These aren’t really great measures of sexuality. We all have fantasies and often our fantasies are the exact opposite of who we really are. Because sometimes we want to be someone else, at least for a little while. Have you ever had an attraction to someone of the same sex that lasted longer than the train ride to work? Perhaps these fantasies might be telling you that you’re a little less on the straight side of the Kinsey scale than you thought, but they don’t tell you that you’re really interested in a relationship with someone of the same sex.

4. What were these fantasies like?
Still, you shouldn’t ignore these fantasies, even if they are fleeting. What are you imagining? The human mind can be, well, dirty. And if you’re just having naughty fantasies, honestly that’s pretty normal for any gender. It’s estimated that men think about sex anywhere from 1 to 388 times per day. Women think about sex anywhere from 1 to 140 times per day. If you’re having sexual thoughts, it’s pretty normal and it doesn’t necessarily mean you want to act on them. But if your thoughts aren’t just based around sex, it could mean that you’re interested in something more with someone of the same gender.

5. What triggered the question? If you’re thinking of this question, there’s a reason. Try to get to the root of it. Are you questioning because you’re feeling something for someone right now? Or are you just questioning because you feel like maybe you should? The same study that found that men and women both are more fluid in their sexuality than we thought also found that younger generations are found to be more fluid. That doesn’t mean that older generations aren’t fluid but that maybe they are a bit less open to it. But if you’re a member of the younger generations, it might be that you’re thinking that you’re supposed to be fluid. Sexuality is kind of a conundrum. It’s great to be open, but, hey, if you’re straight, that’s okay! If you don’t think the question applies to you, you don’t have to try to answer it. Just like there’s nothing wrong with being bi or straight or pan, there’s nothing wrong with being straight and you’re not weird or abnormal for feeling that maybe you just like the opposite gender.

6. Am I ready to find out? Honestly, the only real way to find out is to test it out. You might be bicurious now and someday be able to confidently say that you are bisexual. Or you’re bicurious now and you can confidently say that you’re gay or straight down the road. Or maybe you’re pansexual and like literally everyone and don’t see gender at all! Either way, you’re bicurious now and that’s okay! If you’re attracted to someone, don’t think about their gender and think instead about what you want. Do you see yourself wanting an emotional and physical relationship with that girl you see at your coffee shop every day? Then maybe next latte should be on you and ask her out! Don’t be afraid of sexuality. It’s strange and it’s also wonderful. Embrace the unknown! 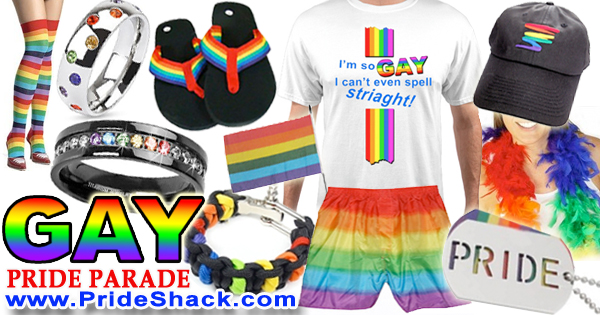